I've found lots of bit&pieces while out walking the hound. But this was one of the most unprepossessing finds at first look for it was buried but for a tip that glinted in the morning sun. Anyhoo's I unearthed it and soaked it in a basin when I got it home to loosen all the clay that encased it.
I was really quite surprised at what revealed itself out of the mud and rust.
It seems it's an American piece, a Leatherman, Wave, and most shocking, going for about $100. I have a piece like it and that was €20.
It's kinda amusing composing a back story for the tool, as it was for the Quarter Dollar I found earlier. Why it/they traveled to rural Tipperary. Were they lost, or jettisoned. Even were they cast for luck like in the Trevi to the god Neptune, only to some Celtic deity, Morrigon (Án Morrigú) perhaps, or even Mannanán. 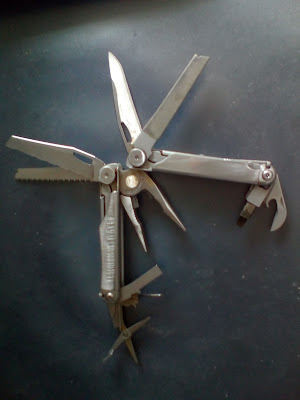 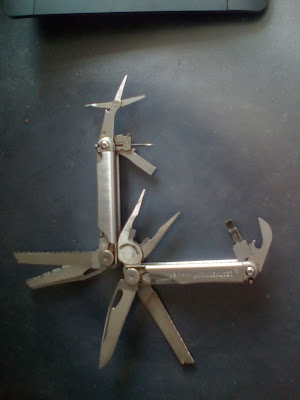 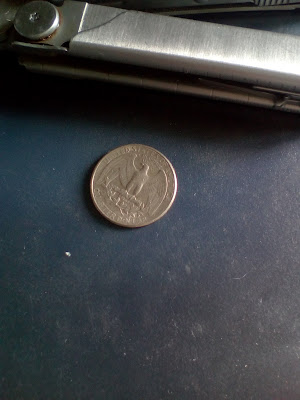 I know some might think this isn't a good way, but I do. 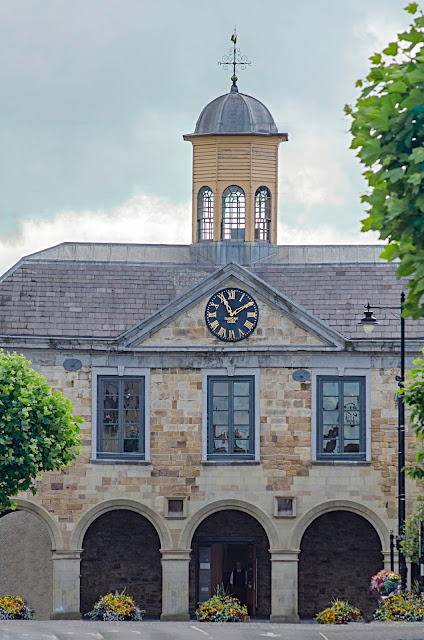 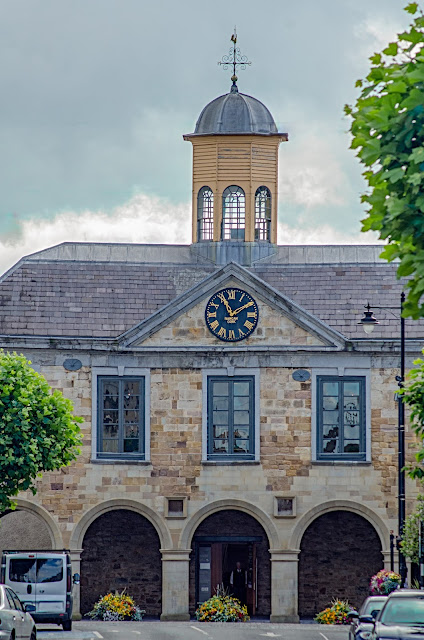 I think this is by far and away better than Photoshop. These are Affinity Photo edits. 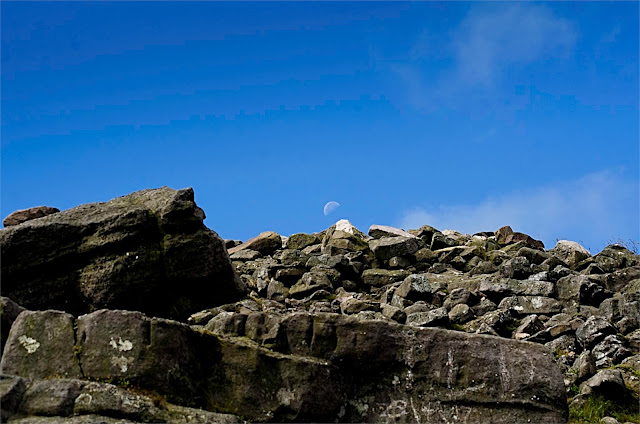 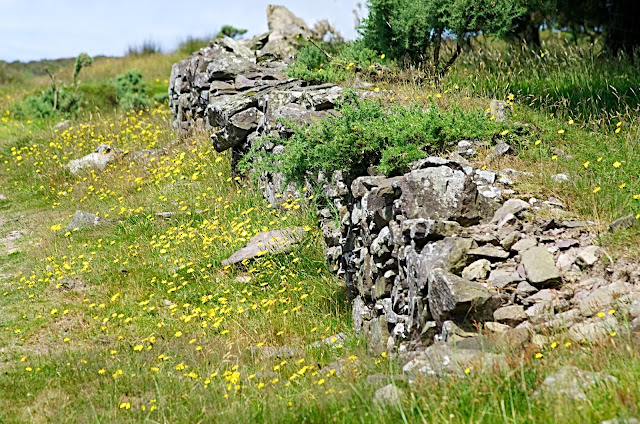 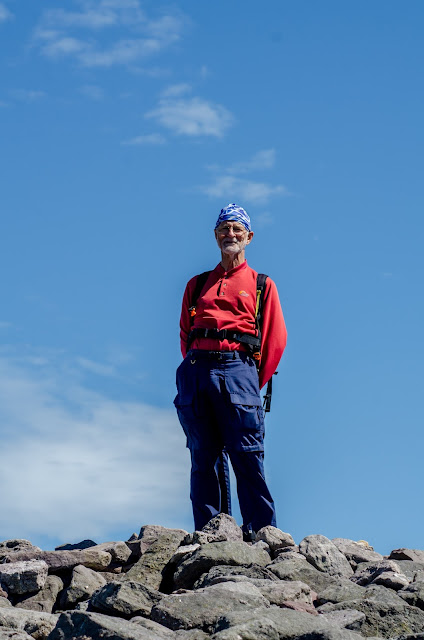 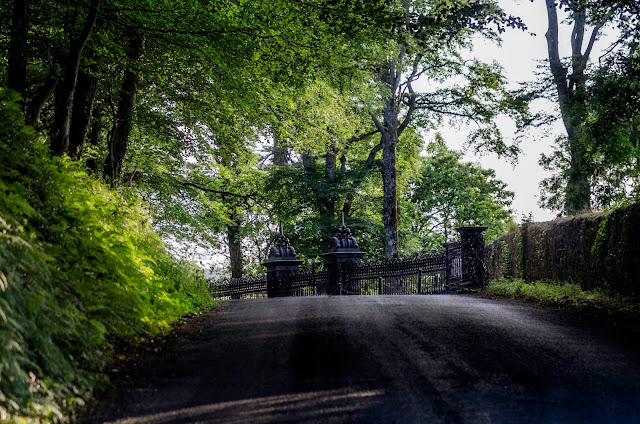 Found this man this morning when out walking my girl. He followed us to the car. I kept expecting to see his owner. But soon realised he was lost for he looked unfed for days.
I took him to Jessy's vet for we've had a chipping reg' for a few years now. But he had none.
The vet examined him and said he was fairly sound but for a infestation of mange mites. Which was the reason why he couldn't stay with me. So I went to the local dog home/shelter where they home rather than to the County dog pound where they kill after a week. He was very friendly, placid really. And Ohhh boy was Jess's nose out of joint when he was brought into the house to get showered. 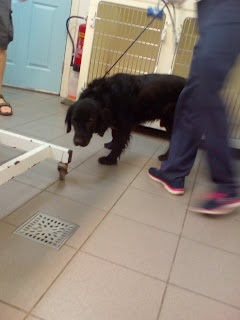 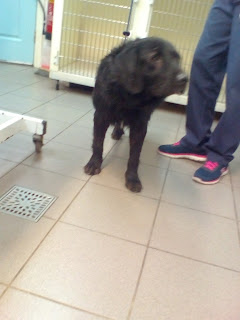 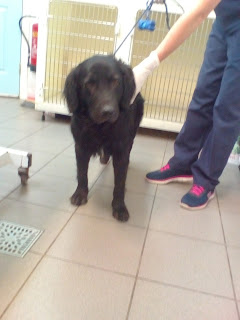 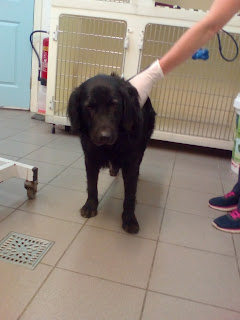 Today was the first day I could get a go in the boat. And I can freely say I'm not inflatable boat people. It wasn't really fun at all. More a sphincter clenching trip.
Now don't get me wrong. It floated, after a fashion. And I didn't drown, or really even get wet truth be told. But I think I'll be getting a vessel that I can sit 'on' rather than semi 'under' the water. You see the instant you get in the thing sorta enfolds you and your arse projects as a kinda keel down below the bottom.
Maybe by Wednesday my thinking on it will see the fun slash funny side. Still I think any Saturdays entertainment that comes in under €50 isn't that bad at all. 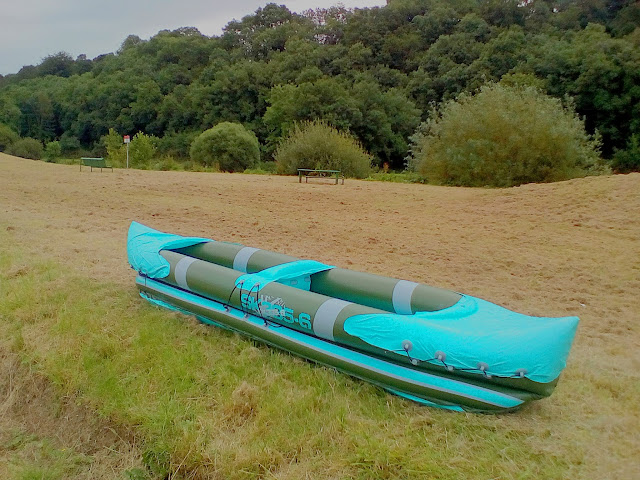 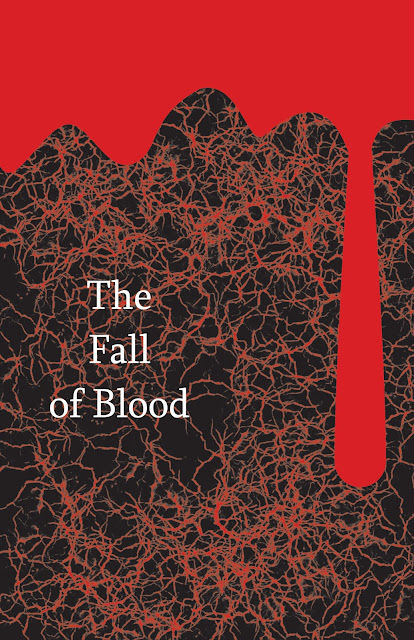