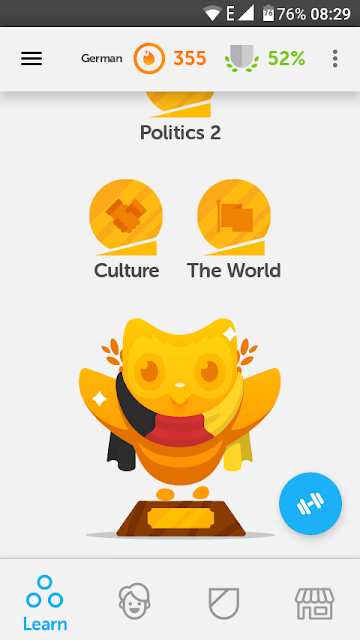 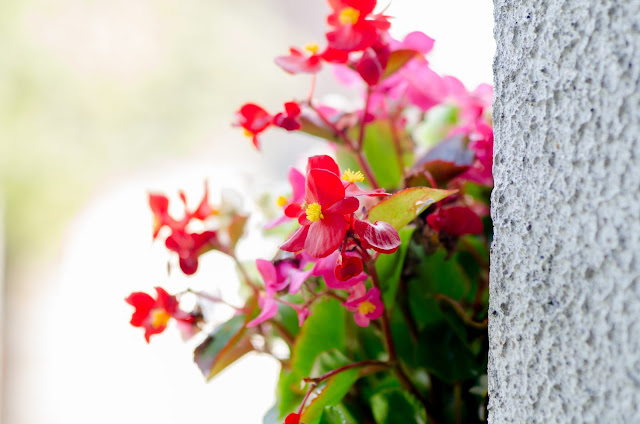 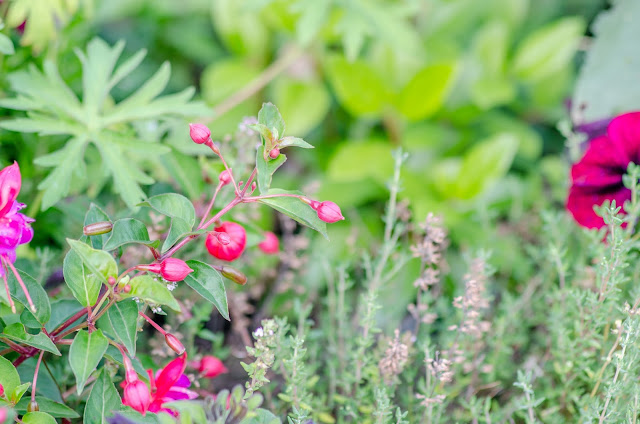 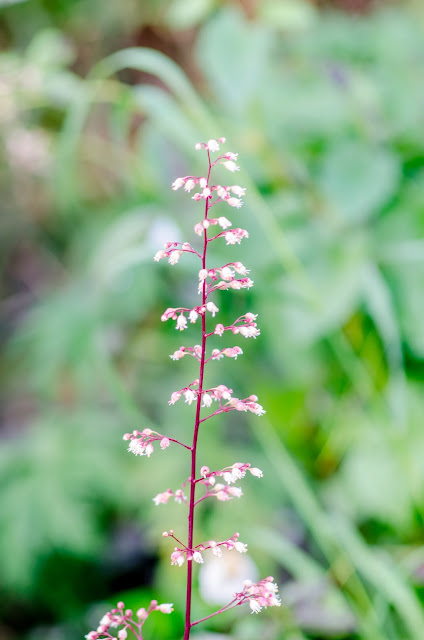 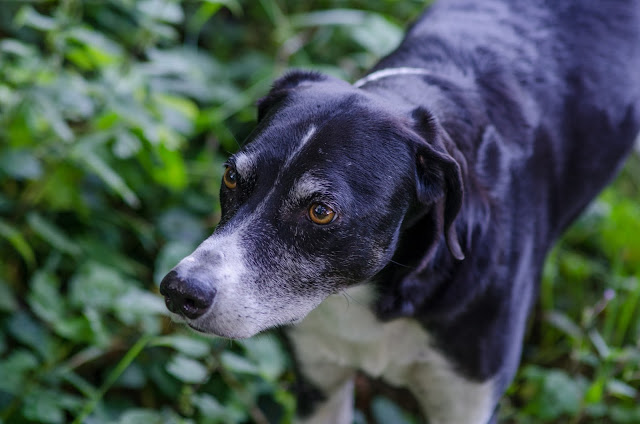 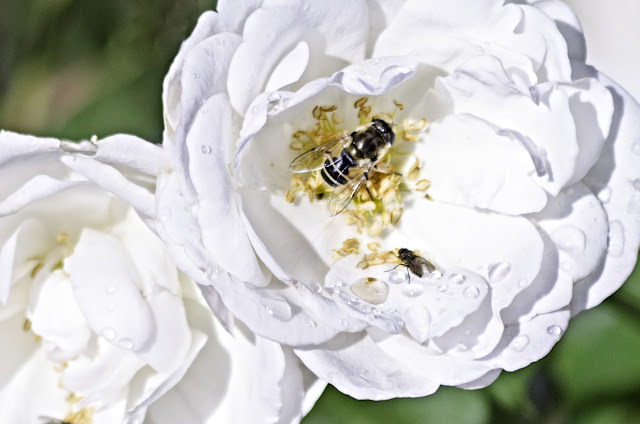 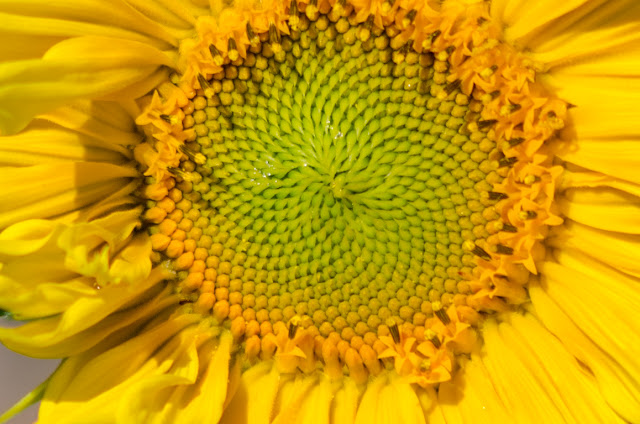 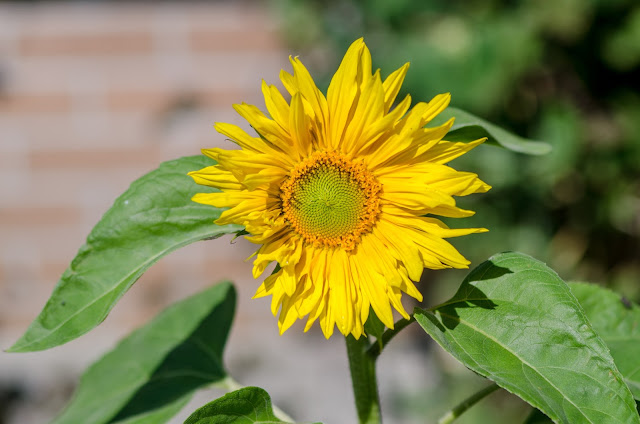 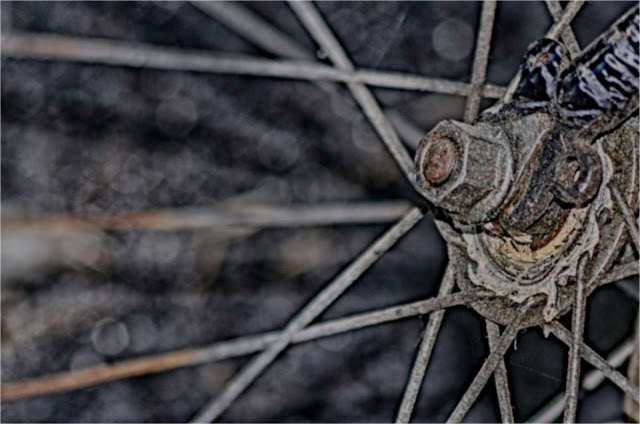 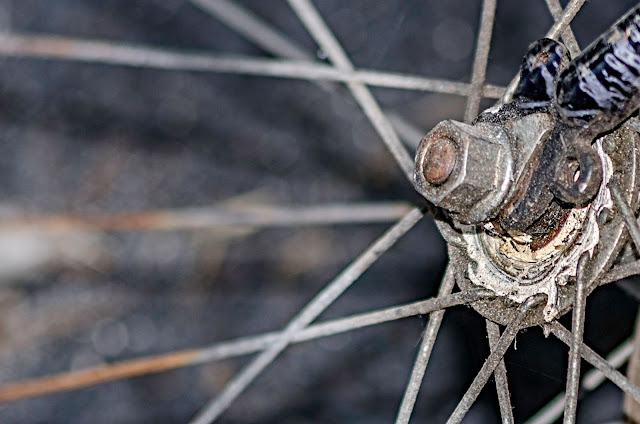 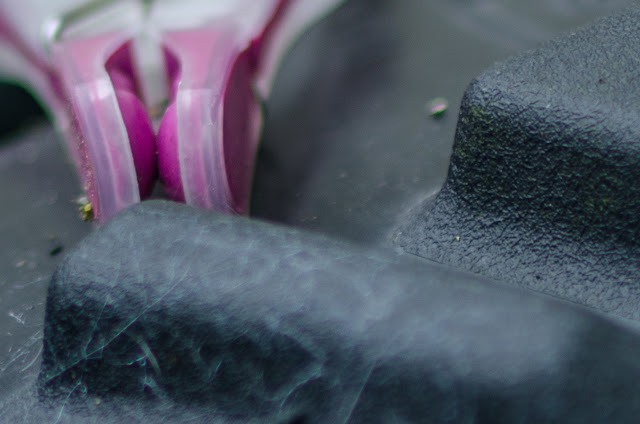 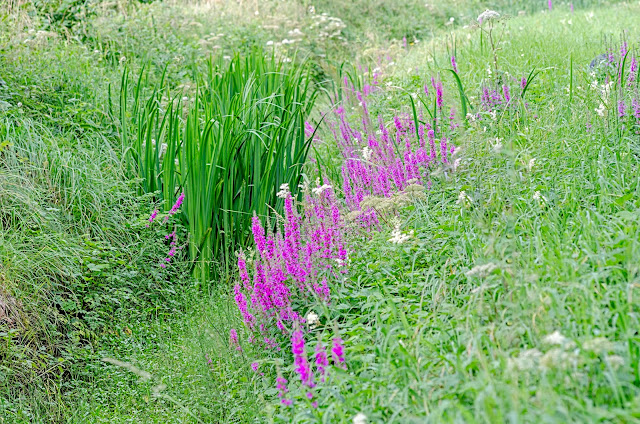 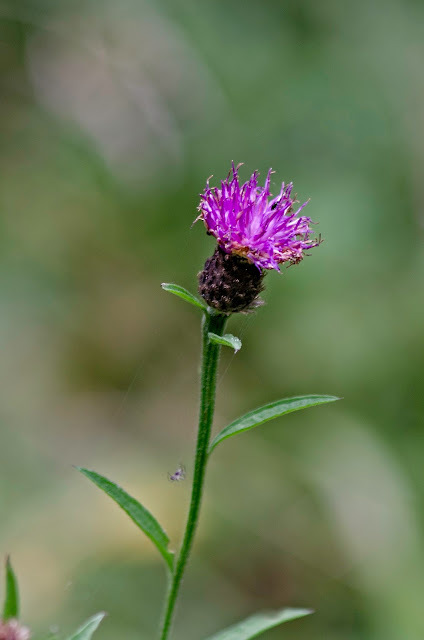 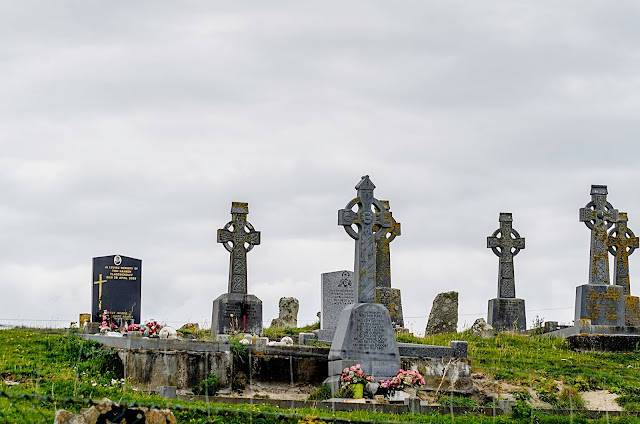 Old new, because it's after 1700. The old old ooooold ooooooooooold one goes back to 6th century at least.

OK, one more from Sunday. And one for Kim. 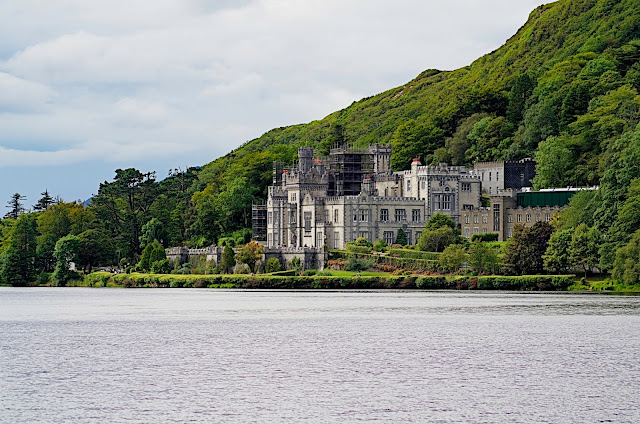 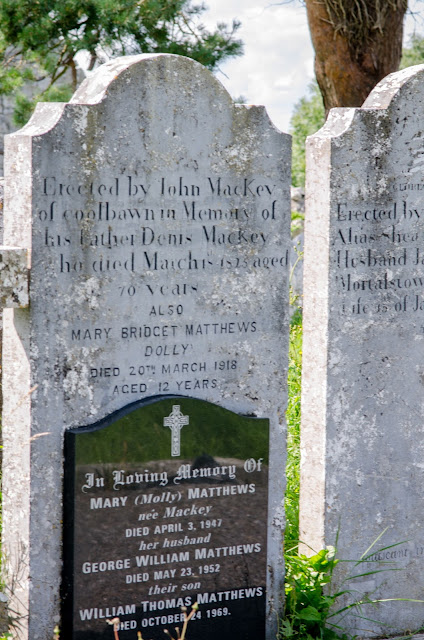 A Crann Óg is a man made island or a rocky outcrop from water extended by man. 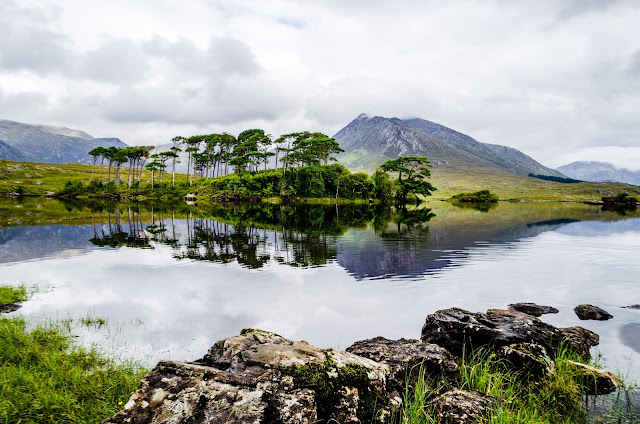 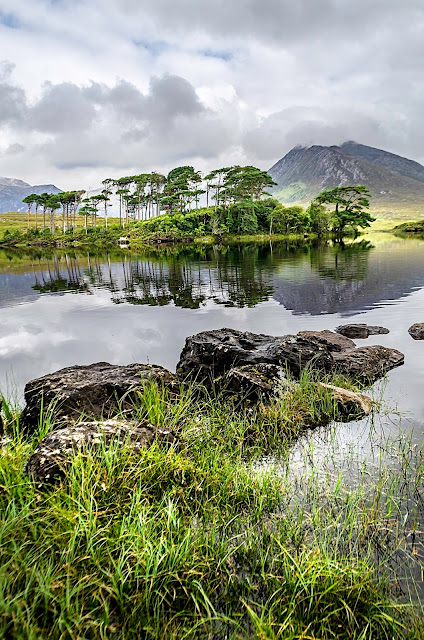 Lately I bought a lovely dinner set, consisting of crisp cream 11 inch dinner plates with blue and black banding on every third in the place setting. The problem is I now have to figure out how to stack the dishwasher.
With my old miss-matched plates everything sorta worked. But now, no, some are coming out WORSE than they went in. For even with the washing if they don't clean the drying at the end BAKE'S the flecks onto the plates requiring a good hours soaking.
Like I said 1st world issues.
at August 12, 2017 6 comments:

A few weeks ago we had a power outage here in Tipperary. Not the entire county, but a goodly skelp of it. Ohh, a skelp is that bit of wood that spalls off a log when you miss the strike when splitting them.
Anyway, there I was in cone of light and in range of the hiss off a camping gas lamp, reading a book I had on my shelves since I bought it in 2006. The book, is The Great War for Civilisation, The conquest of the Middle East, by Robert Fisk, published Harper Perennial. And it was as you'd expect for a book about a war zone.
The thing is, I've been reading Fisk since I encountered him in the UK Independent newspaper when I lived in London. And was in need of a non partisan paper that wasn't affiliated to one political section of another.  So I knew he'd lived as the Middle East Corespondent in Beirut since the early 80s. And I've read innumerable articles he's written, from the border wars between Israel and her neighbours, to the attacks on refugee camps. His interviews with the politicians from Morocco to China and Togo to Samarkand and Dushanbe. And the first with bin Laden.
But in the intro to his book he made a point about how he could keep going and keep doing as he did in an area of almost unspeakable horror and that was he kept his innocence.
Not the innocence of the child, but that of a man who believes in his own and therefore the humanity of others.
You see since we entered the latest economic crisis we've seen here in the West a savagery and a targeting of the poor like we've not seen since the early 19th century. And why, in order to keep a set of book looking good. Remember, across the west, with the possible exception of Canada and Australia we've had the 'notional' printing presses running overtime. But there is no press, no cash as such, nope, these are transfers, virtual in the old meaning, and in theory stabilizing the system. Again it must be remembered it's not the social system we're on about but the money system.
My problem, and how I was thinking about it, was since 2008 so called Liberals have been running the majority of the main economies, those whom in theory should have a grasp if not a grip on just how their policies were affecting people. But it seemed they had become sooo tied up in their own political thought experiment that nothing else mattered. And so Trump, and Brexit. But other seemingly self destructive democratic decisions. All this left me bemused. Eventually to drift into a place where I stopped thinking about people, for in trying to understand how systems operated I was thinking like them. Systems have a senseless savagery.
So there I was in that cone of light with the hiss off the propane gas nozzle being transformed back to a place where I could process and come out the other side.