Googles Nik's Collection was made free over the weekend. They were charging €150/$150 for it. Of course being a cynic I think Google were left with little choice when three thousand and ten app's in the store are doing the very same thing only better. But it is a nice addition to a toolbox albeit a good 80 hours of study to get the thing hooked into the brain.
This is a pert of what it does. 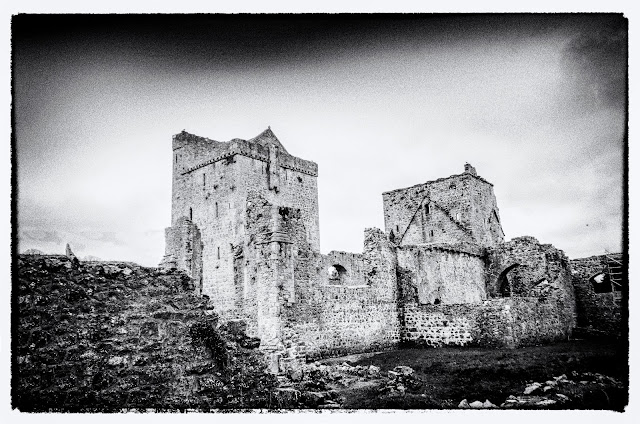 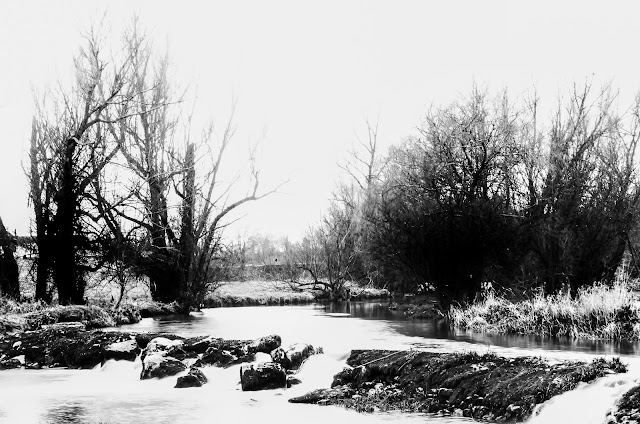 I had to make certain I had a rapid way to make 45degree cuts in case I lose my mind again and decide my images need frames..
But making that stand for my grinder was like going back to the instructions written before the Germans&Swedes got their hands on the genera. If I hadn't the picture on the box I'd not be able to finish it.

I was a bit shocked at just how far I walked in 15 days. 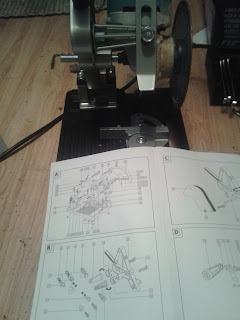 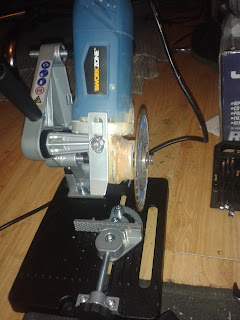 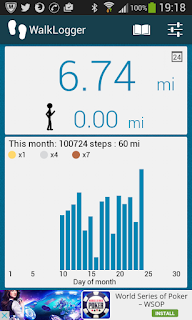 My image wasn't accepted at the RHA show. But it truth I was dealing with them to get going at it rather than any true expectation. And 'if you aren't in you can't win' too. So I have two solo shows and I'm putting in for a bursary to spend a month in Rome. And there might cross each other. So that'll be a headache if I get Rome.

I joined up with a group of artists in Galway. May work out.

An attempt at editing. 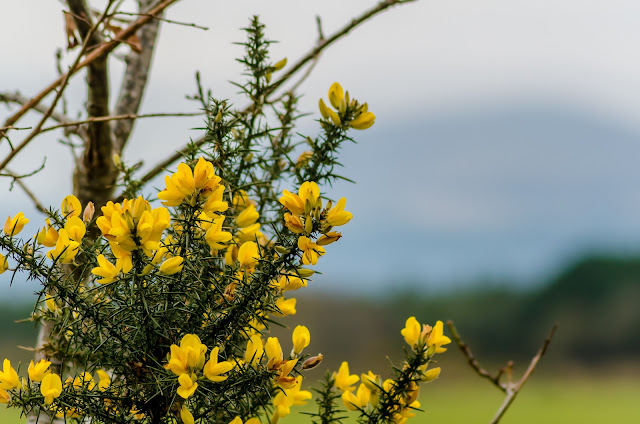 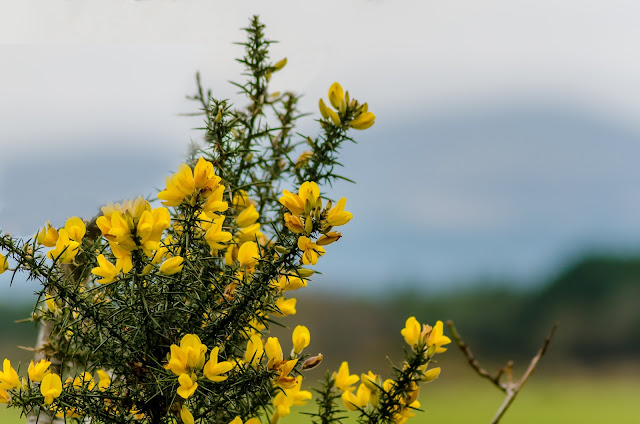 The elements on that wall. 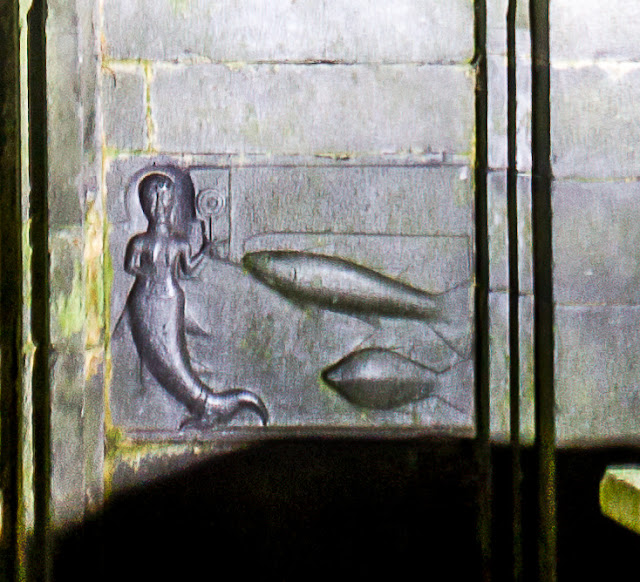 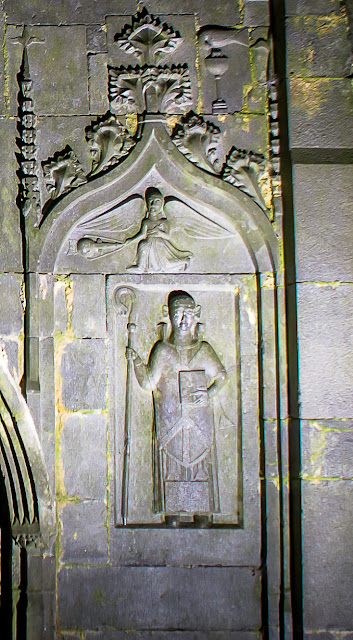 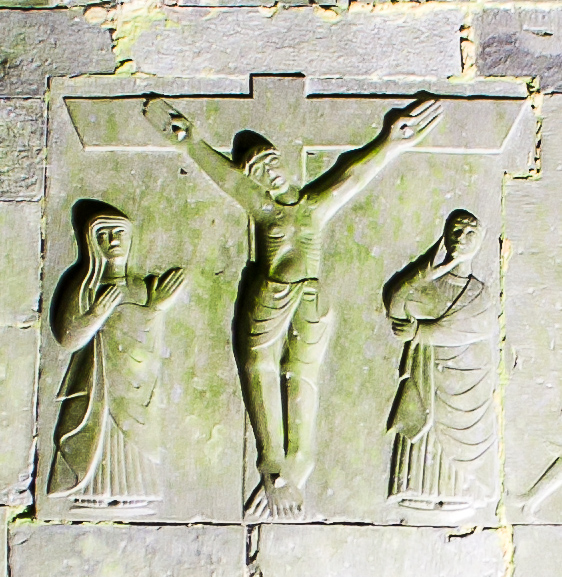 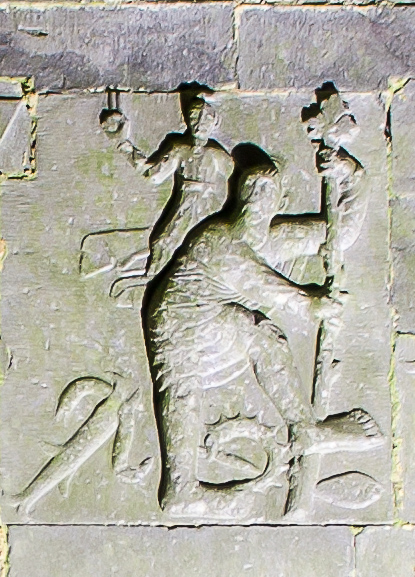 Playing with my new tools. 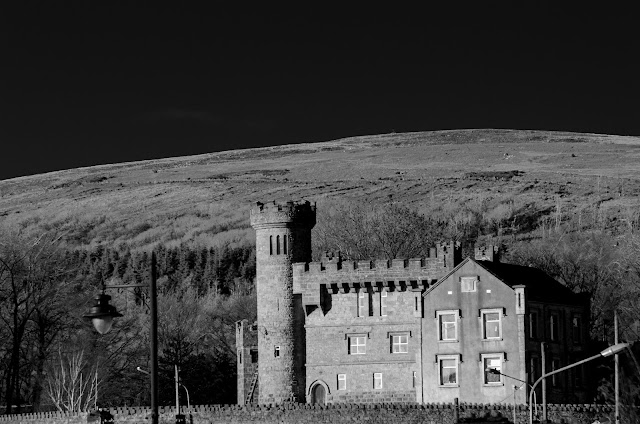 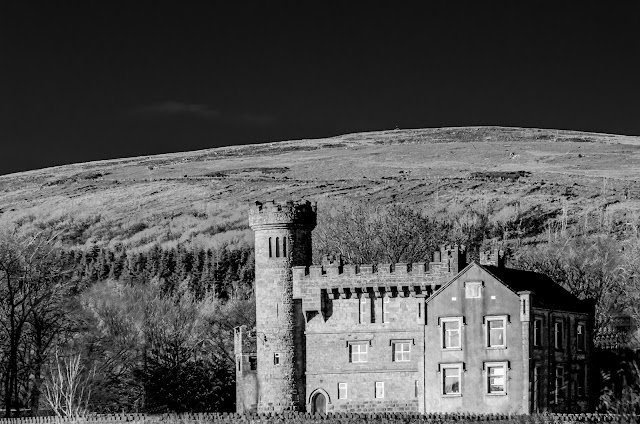 These are birds I never saw as a child, or for most of my adult life to be honest. These I saw in the distance while driving to the shops this morning. 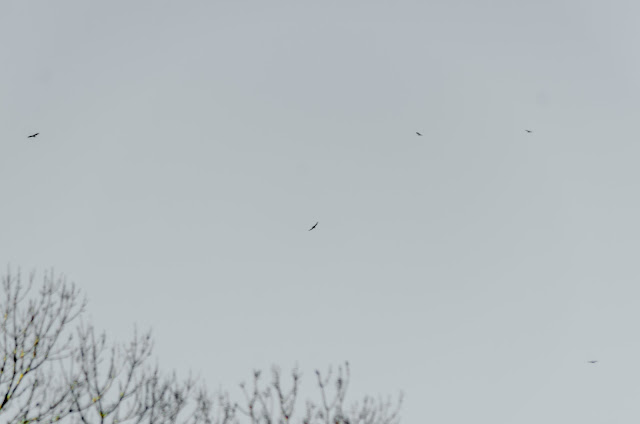 I cannot fathom this wall at all. The other day I went and took this using lights to bring up some of the details.
None of it makes that much by way of sense. But the one I'm totally stumped by the mermaid with the wand in the bottom right with the mullet and the flounder.
It's a wall on the south nave of Kilcooly Abbey 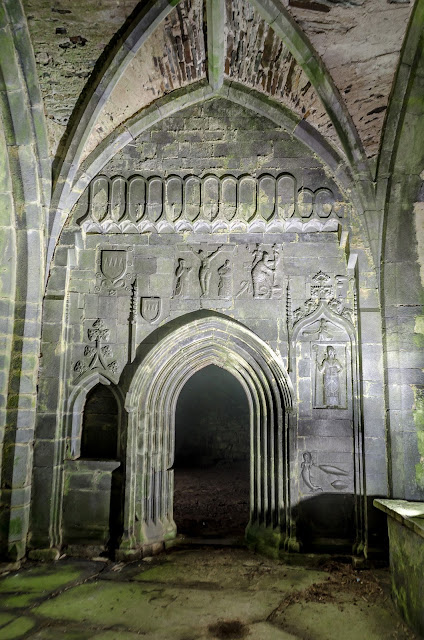 I am now the possessor of Lightroom and Photoshop. All for the princely sum of €9.50 a month.
I've had Lightroom 5.7 for ages and I've been leery of getting into a pay on the drip for a subscription for Lr6, so I kept the Lr 5.7. Since Lr 6 comes packaged with Photoshop, I now have both.

Years ago I did a course on Photoshop and while not totally useless, nonetheless isn't great either. I have the terms, and the placing of the elements but what I've got now is a very different beast entirely.

While writing this the place is being buzzed by a light aircraft. Now learning to fly is one of those things I'd love to do if ever I won the lotto. But this little shit is well below the 1500ft safe zone.

Anywoos. I'm off to panorama things. One of the new tools of Lr.

I can frankly say I'm not one of nature's tilers. Yes I can do it, and I probably would get useful at it if I was doing it more but I'd never enter that place that would go the extra yard.
Many years ago I helped a family friend who trained in his youth as a master plasterer. Not just the guy that slaps up the muck on a wall, but the fellow that can make the plaster rose or any other moulding you'd care to mention, from scratch. He then moved into large scale construction and engineering projects specialising in motorway bridges and intersections.
Anywoos, I had to redo a section of shower tile for the guys that put it up had left a secret passage behind the junction of the floor tile and the wall tile. So that water, or rather damp, crept up inside the tiles destroying the adhesion in the tile fixing compound.
Now, it's far from bad, but it's equally far from a thing of beauty either. Still the reasoning for doing it, being afraid the tile would fall off and hit the dog, means it really won't be seen by anyone other than Jessy and I'd say tiz fairly unlikely she'll be bothered by the lack of perfection. :-)
at March 12, 2016 8 comments:

We've just gone through a general election where the governing parties were rejected. We had two groups proporting to be center left but were in fact ultra right.
In Ireland we have an odd split. We have two centre right parties with flexible conviction. Perhaps it's better to say we have far right wing parties forced by political reality to move to the centre. But in this last government we had a so called socialist labour party which was little more than a savage fascist orientated bunch of racists willing to empty the place to keep their members in jobs. I will never vote for them again.

On the US election. I'm both worried and glad Trump is doing as well as he is for he's gripped not just the Reps but the Dem's by the throat and gave a good rattle to self serving position people who've squatted on power for so long. We saw in Mass. a gigantic number of registered Dems moving to the Reps to vote for Trump. And we'll see the reverse going the other way. Only further up the food chain.
It's hard to credit though that the males of a republican bent are so unprepossessing that Trump, Rubio and Cruz are the best the could've come up with. I read one comment that Cruz has that feel off him that kids have on first seeing snakes.
But how on earth after 8 years of Dem's in the Whitehouse the little person could be not one iota better off than they were in 08. Leaving a utterly gigantic number underemployed and outright unemployed in ever single State. Such that the usual migration patterns of past recessions/depressions was utterly pointless giving a fryingpan or fire option.

The Irish situation on this is similar. Similar if you are thinking of say Vermont or Maine. We've been hijacked by a bunch of idiots far worse than the idiots they replaced. At least the former crew were trying to make things better. The last lot didn't even try. It got to the point about 2012 that I simply stopped writing about politics and economics for not one darn thing made one iota of sense. Well, beyond that of the wealth of the State being used to cushion insiders.
Where in the US all of 08 and 09 you saw perp walks of Wall St bigshots while we are still trying to extradite from the US one of the CEO's of the failed banks that cost this State 40 billion. Note our GDP last year was 240 billion, but our GNP is a better and more real number at 180 billion. However the entire bail-out for our banks was 140 billion give or take. AND NO ONE IS IN JAIL. 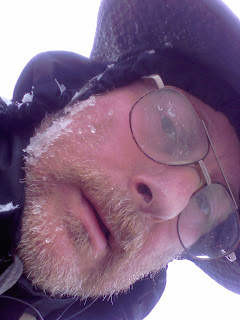 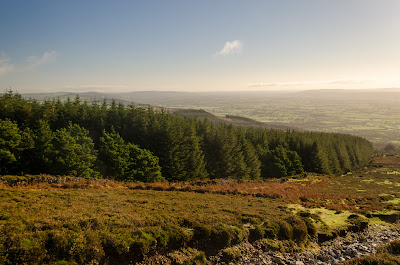 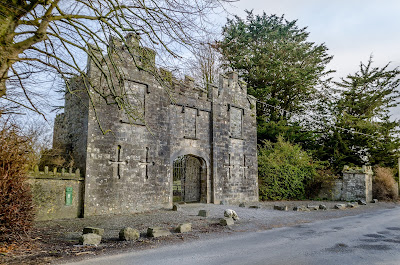 These two are of Kiltinan police barracks. I was in it when it was a home. It now marks the old gate of Kiltinan Castle, Andrew Lloyd-Webbers home. 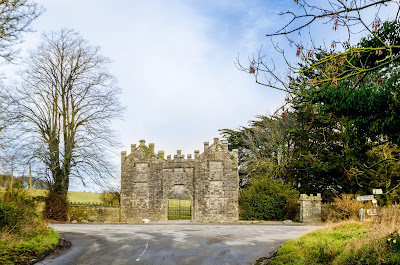