I may have posted this before 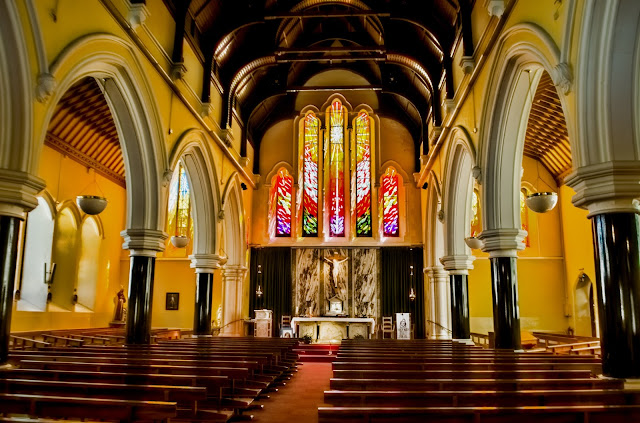 A guy I met this morning. 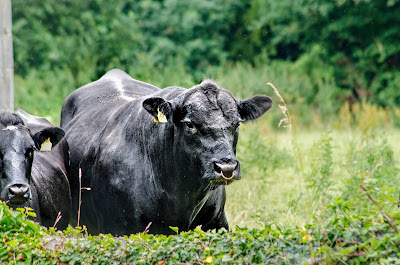 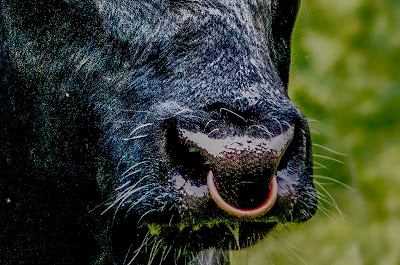 Today the electricity was off due to an upgrade of some sort. And of course I forget the letter telling me it would be off for the 29th and had a tart out of the freezer but with no way to cook it. Then I thought, the BBQ. I put it on the cast iron steak skillet and that worked remarkably well. That I was cooking chicken was a plus. 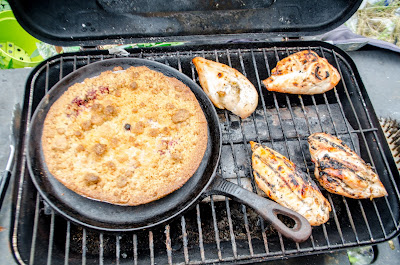 A few years ago the US was pushing the EU to absorb Turkey. This rubbed the people of Europe the wrong way big time. The US/UK are largely blamed for most of the problems, since the invasion of Iraq released the monstrous pressures of what used to be called the Arab Street. And the knock on refugee crisis overflowed into Jordan Syria Lebanon and Turkey. When, like in the 70s and 80s Beirut, these camps became a recruiting ground. Where the accession talks for Turkey were going along nicely pre 2000 this became impossible afterwards for one of the core ideas of the EU is the free movement of peoples inside the EU. And there was no way in hell the border was going to be opened allowing what was seen as a dangerous cohort free movement. Of course one of the red button issues was the border with Iran too.
Then enter the crisis in Syria. Where again plonkers attempted to remove a long established regime without one iota of an idea how to replace it. You'd think the issue in Iraq would've been instructive. But we have one of the greatest refugee crisis and movement of peoples since the second world war. We had people crossing into Greece and Bulgaria by the 100,000. The seas between Turkey and Greece were thick with small boats filled to the gunnels only to turn up to reception centers in a country bankrupted by idiotic monetary policy. But were welcomed by the Greeks from the first. More than could be said about the rest of Europe.
Fast forward to May this year when the EU and Turkey entered a pact where Syrian refugees would be kept in Turkey, by force. Camps would be established. Control centres opened and moneys from the EU would pay for it all.
Then last week we had a coup attempt by a segment of the army. A word of explation here is needed. Turkey can generally speaking be split into a few social segmentations. Liberals, but not as we would know liberals. And religious. The liberals are best explained juxtaposed to the religious. Then the religious can be split into hardliners and middleground. Now the coup attempt was made by a religious segment, and the presidential faction was part of this segment but spalled off some years ago. So, largely what we are seeing now is a civil war in the religious section with the president attempting to become a dictator using the coup as an excuse.
The thing is Turkey, like Syria and before it Iraq, is reacting to inputs wholly derived in chancelleries and state departments in Europe and the US. They are not in control, now. But God knows what we'll get in the future if they don't have sane and non partisan help soon. And truthfully I do not see the new PM in the UK or either candidate for POTUS nor any European with either the brains or the stomach to cleave through the sectional bullshit for the truth is anyone that tries to be Statesmanlike is going to have a short tenure indeed. I'd even be happy with benign self-interest. But I don't see that either. All I see is vicious little children willing to pander to the poisonous worst in their societies. Nihilists, without one notion of a future.
at July 25, 2016 4 comments:

We've had a few days of above 25 degree Celsius weather. Welcomed as it is we were expecting something of a better summer this year.
Anywoos. I've filled a laundry carrier with a few inches of water for the hound, not for drinking mind, but for her to cool off, she has lots of drinking water in her bowl. No this is to replace her bath. A baby's bath I was using in lieu of a swimming pool.
Now she will get into this thing willingly enough. Two feet. Either two. Front two, back two. Two on one side or the other. All four, no. She does this thing of standing on the edge with all four feet like one of those cartoon Tom and Jerrys. It is the most hilarious thing to see her do.
And it's not as if some great tragedy is about to occur. All happens is her belly is cooled and a bit of water is put on her ears and neck. You see you cannot really get water on her belly and chest that won't flow off or even get on at all any other way.

Another not so fun aspect of the heat coupled with very wet soil is the uptick of flies. Not annoying flies but biting midges and mosquitoes. I'm eaten alive with the blasted things and trying to get relief with spray on anti inflammatories and raw Aloe's.
at July 20, 2016 10 comments:

There are times I think I'm going nuts, and then there are times when I think I'm one of the few semi-sane ones about.
A few years ago I more or less stopped writing about current events since those that said they'd try to make things better for more or less the last 40 years, took over, and were more vicious thuggish and downright priggish than the last lot ever were.
In the western world, the so called first world we have over 60% underemployed. The measure here is one which includes actual unemployed and those in work that cannot and will never provide the wherewithal to live. So, in general these low paid jobs exist on a subsidy of some sort. And even then the wage drawn cannot provide for rent, food and other requirement that are a current requirement for active participation in society.
At the moment I follow the news in the USA and UK actively to see if the projection I've got will in fact play out or will things reset to a form of status quo. In otherwords, will Trump become POTUS. Will Corbyn become Prime Minister. Will the UK split up. Will the EU spall off Ireland Italy Spain Poland and all of the others that have tied themselves to the German Mark 15 years ago. Doing so with the expectation that Germany would come to their rescue, only to miss-read things so much that would make you wonder if the civil service and political establishments were awake at all.
They all seemed to picture the US where New York and the other wealthy States offered transfers to the other States that would be third world without them.

One of the things I just don't get about the US is the Concealed Carry Laws. I have absolutely no problem with the gun ownership and the Rights connected. But the CC laws seem to give police the reasonable argument that any and all interactions with the citizenry is a hostile one. And one likely to result in their deaths. I just don't get it. Why convert your police into a permanent occupation force in your own homeland. Why hold the Citizen as the enemy. 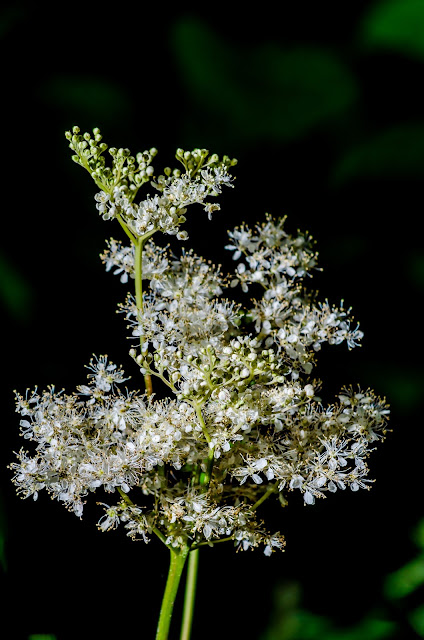 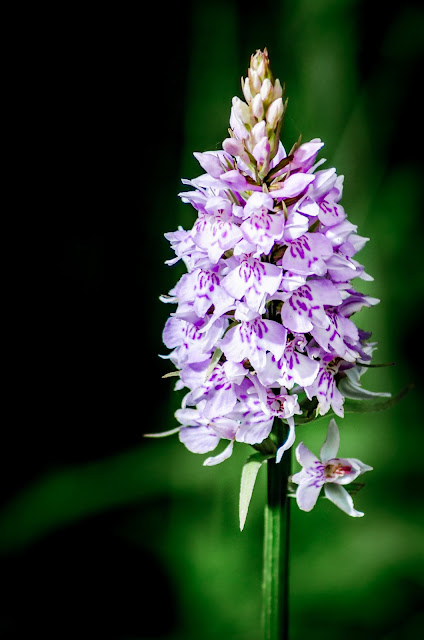 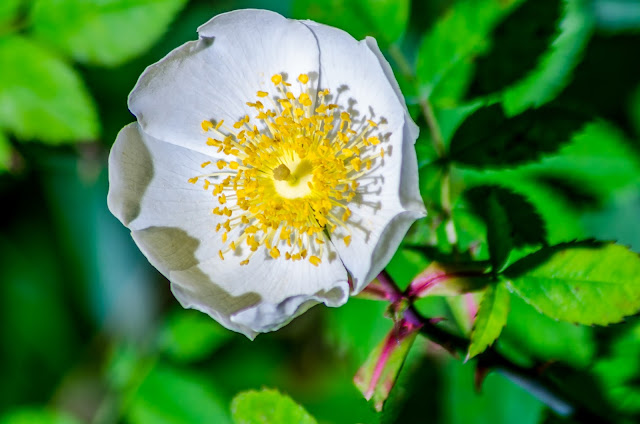 From a broadcast about about two padre's in WW1.

God With Us - premier: On 1st July, the one hundredth anniversary of the start of the Battle of The Somme, Premier is broadcasting a special half hour programme “God With Us” produced by Colm Flanagan, Premier’s Northern Ireland producer, with the Commission Christian Radio Drama Team, in Belfast.  The writer of the programme is Ian Poulton, who is a Church of Ireland rector and broadcaster, who worked in Northern Ireland for many years before moving to a parish in the Republic of Ireland.  Ian explains why he wrote the programme.
at July 03, 2016 4 comments:

On this day 100 years ago the order went out at 07:30 to climb out of trenches and cross no-mans-land towards the German line. It was the start of the Battle of the Somme.
This battle became a by-word for idiotic generals driving men to their deaths.
'Rate of fire'; This was the rate a platoon/regiment/division could fire their weapons and reload. In the past this was a simple questions of numbers. The more men you had in the field who were advancing towards an opposing force, eventually you will get up close and overcome them by sheer maths.
But, this morning 100 years ago when the Scots Irish Welsh and English soldiers stood up they were mown down with machine-gun fire. Yes this had occurred before but the generals thought it was simply because they hadn't enough men to cross the distance and overcome the guns.
No, but it took another 100 days and 800,000 dead
On this day 100 years ago the IV British Army had 20,000 dead and 40,000 wounded. The French VI Army has 1,500 and the German 12,000.
at July 01, 2016 6 comments: