I had an hour to get all my stuff in from the car, up to the chamber, and set up before the people started at 5. It wasn't long enough. I needed longer, or a helper. But since this was for the glory, meaning free, paying someone was right out. In fact keeping costs down was darn hard for I wanted a good offering that would impress people. And yes I do think that worked. Very few print, nevermind print at A3 (12" x 17" ish; 297mm x 420mm). And since I was using a three flash array on one side and a single on the other side of the face I had full control of the light, giving well exposed and shaped images.
Yes, it would be great to have time to truly develop beyond the basics. But since I had just 10min per person I think things came out good indeed.

There was only one true catastrophe. I was shooting tethered to the PC. Meaning the image file moved seamlessly off the camera and into the PC's programme Lightroom. Now I was usually putting the camera on the floor. But once I left it on the table with the PC and printer, when moving over to the lightbox to adjust it a bit for one of the people. I hooked the tethering cable with my foot. CRASH, BANG. Bits of electronic guts scattered all over. The 6 Philippine nurses flew. My heart went into my mouth. But pfew, the camera, and the lense both were OK, it was only the $€60 radio trigger I was using.
Since I had a double for almost everything, I simply undid the corpse and replaced it. There was a heart-stopping moment right then when I fired the shutter and, only got a black transfer to the PC. But I'd forgotten to change the flash and rotate the controller unit on the flash.

All told the last print I did was well after 10pm. And by then I counted 33 people with 150+ files. And printed about 50 in total.

In conclusion. I was worried, but not. Like that idiotic film with the baseball playing ghosts, I could only build it. The coming in, that I had no control over. And I'd assessed that it would work, and I'd be busy enough. Or I'd be sitting on my folding chair for the 6 hours playing with Twitter and Facebook on my phone. But everyone from a baby to a grandmother and grandfather came. 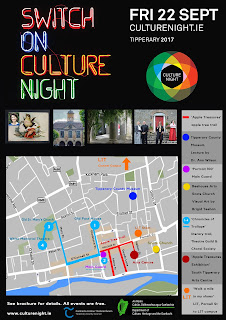 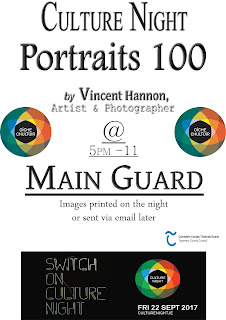 Event is over. 33 sat for me and 70 came to the event. More or less 1 every 10min. So I was on the go from 5pm to 10.20pm.
Clean up took about an hour as I brought almost everything I could possibly need on the probability (certainty) that if I left it it would be the one thing I needed.
I shot tethered to the PC and that gave me a shock as I was setting up, when I thought I forgot the power cable.
More later. As I'm an artist on the Rock of Cashel tomorrow and I need my sleep. It's not 12.30ishy.
at September 23, 2017 No comments:

I had a bit of a catastrophe when I was having my exhibition in early June. I, with a fortnights leeway of the opening sent the files to the Printer but I got a mail the day before the opening that they weren't able to do the job in the time. So I had a vast space available to me for two weeks with nothing in it. Luckily I had one big image from earlier in the year that I could hang so the place wasn't totally empty.
Anyway it was in my mind to buy a big photo printer and with the Culture Night event on the 22nd that I have on, I pulled the trigger in August and bought a Canon ip8750 A3+ six ink printer.
Together with the printer I added a few other things. Inks primarily; but two flash units; 100, A3 sheets of 260g photo paper; a soft box, a big 47 incher octogon shaped one; and a tripod that doesn't look like it spends it's life living in the surf, knee deep in rivers or/and being knocked about on mountains.
The first Lot of inks haven't arrived. Five sets of six. They started their trip to Ireland in Arras, north east of Paris. They had a little trip to CDG on the east of Paris where they were scanned but seem to have vanished. There are Waybills, but they seem to be the bills of lading for the entire darn shipment. So I had a printer, but still have no inks. Anyhoo's, I ordered another 3 sets on the 6th, using the belt and braces approach, just in case I don't get the first order. And just to make doubilly certain I ordered another two sets on Saturday when the second order didn't seem to be moving.

OK.
As I was writing the postman called with the delivery of the second order of inks. So at the very least I could check if the printer WOULD actually print. 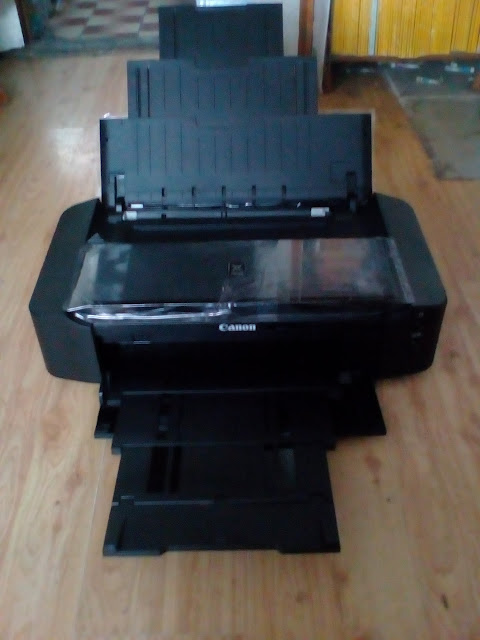 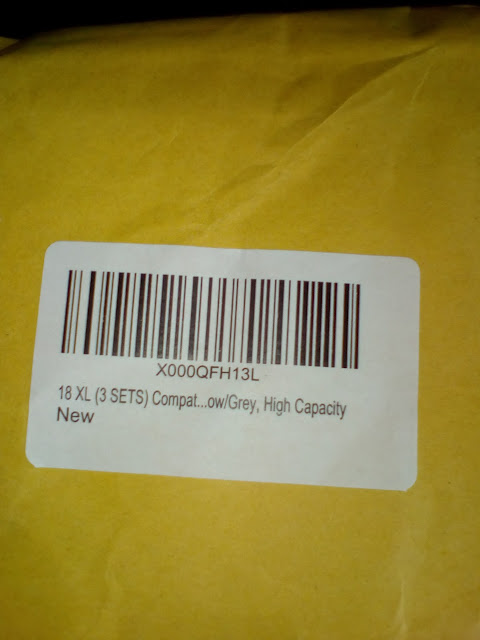 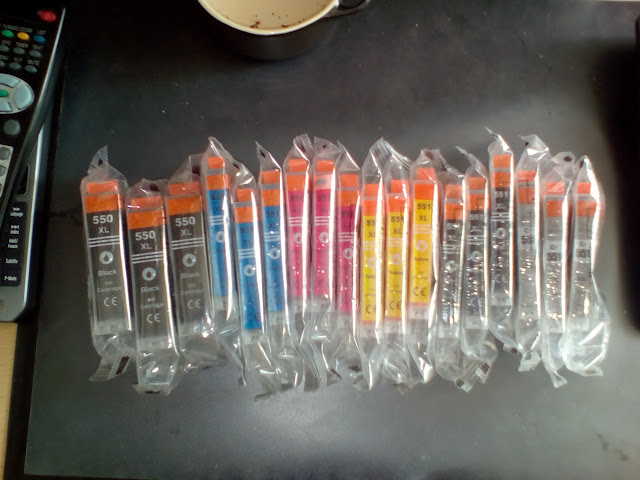 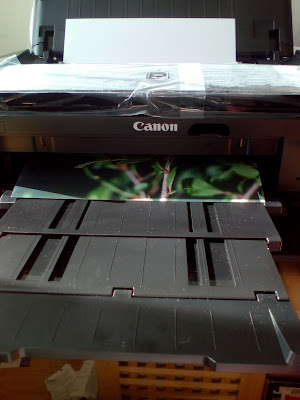 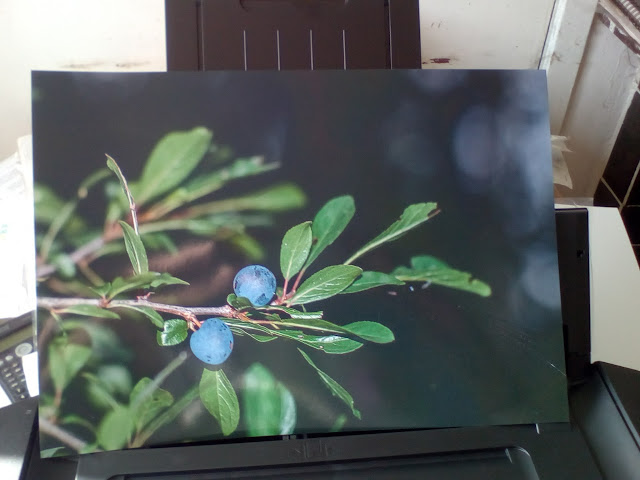 This is the file I sent to the printer. And the printer did pick up on the spiders web on the righthand side. 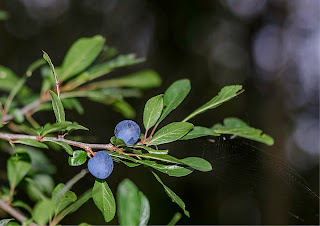 I bought a BBQ today. Yes it may seem nuts to buy a BBQ at the end of summer. But since I used the last one winter and summer it didn't interfere in the decision. The Half Off tag did though. Three burners. And as can be seen from the steak, the two bits come to about 8-10oz, that there is loads of space for more. Now that piece of beef wasn't the greatest, and really wasn't a valid test. Tomorrow I will buy a decent piece of steak to see what occurs.

I've put a lightbox in so just look to the bottom of the image and click on the next or the arrows work they tell me. If you want full screen and enlargeable, Embiggin, right click. 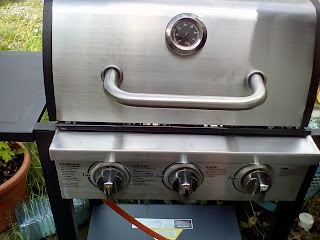 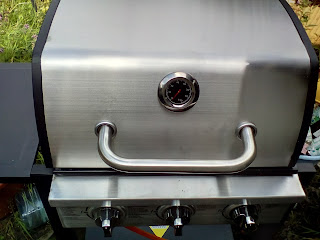 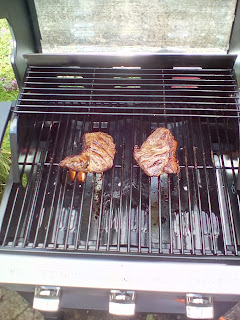 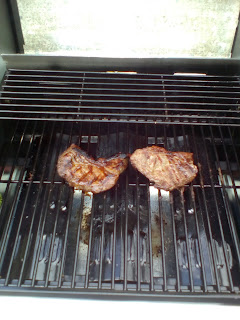