Dublin and a terrible place

I was up in Dublin to collect my pictures from the RHA. Since I went before Jessy's walk I decided to bring her for a run in the Phoenix Park. Thinking also I might go to the Zoo as I was at it. The latter i nixed since there was no parking. But I did take her for a walk in the main park itself.
The Park was a royal enclosure and housed the houses of the main officers of the British administration in Ireland 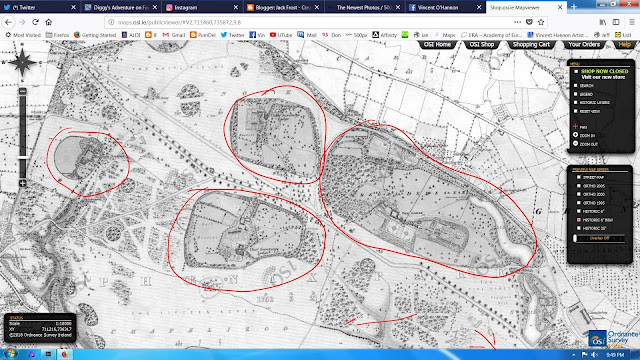 The biggest was the viceroy's lodge, now housing the president of Ireland. The next in size was the chief secretary lodge, now the house of the US ambassador to Ireland.  But the point I'm making is the shading. These were designed to be interlocking killing ground blocking the western approach to Dublin. But should these be overcome the Magazine Fort was the place to retreat. The park is about 1800 acres, give or take a few.

It was down by the magazine Fort I took Jessy. Now I must say I've been to the PP a few times before. I was at the Zoo as a child and I've driven through. Still I'd never really explored. So it was with a some shock that I found a truly engineered landscape. So much so that I a trained landscaper was left wondering what was truly natural and what was made ground.
Usually when man/woman sculpts ground attempting a 'natural' enhancement they end up with something too curved or too angular. But there was little doubt in the area around the fort for every inch was a killing ground. And filled with traps and funnels. 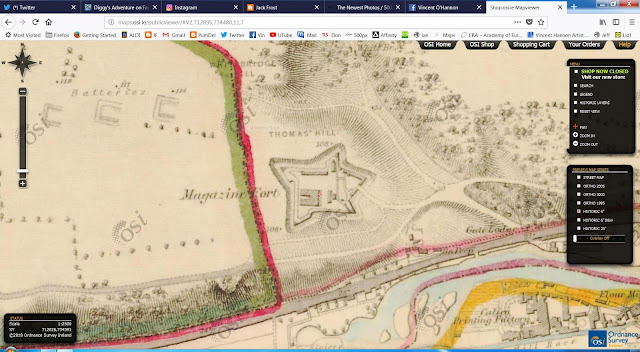 The people playing there had little idea that 100, 150, 200 years ago they were under the guns of the fort. 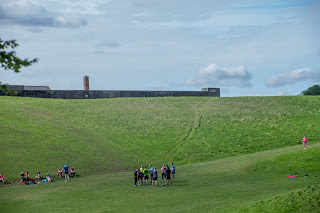 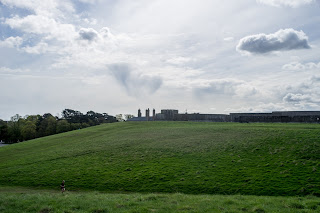 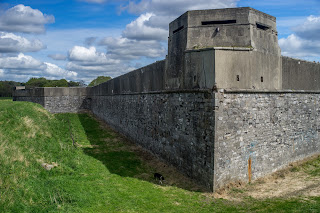 The profile you see from below is just the very top of the wall, the plastered bit. And for scale that is Jessy down in the Haha.