We had a very odd sort of storm earlier in the winter. November time.
Well at the time it seemed that it had little effect but as winter has gone on more and more trees are showing up, knocked.
I know it's an Irishism to say that storm knocked trees that never fell before.
Nearby, where I usually bring Jessy for her day walks are State lands, of one sort or another. Some National Park some state forest and some sites of special scientific interest SSSI's. The latter a big thing thesedays.
Anywoo's, I usually go to a deciduous wood of about 400 acres where I noticed with all the snow we've had huge amounts down 'in' off the paths. You couldn't usually see them, but with the snow creating hard contrasts they came out.
Lately though I've been taking her to the ridge and the state forests. where the unusual character of the storm exposed itself profoundly, and makes a kinda sense of the never fell before comment.
These two are a sample. You see they didn't blow over, which is what we'd usually get. And what we usually get is the young trees and the old, very old trees down. But these were snapped off, which was what occurred in the deciduous wood. There I liken the damage like how you'd snap the florettes off broccoli. 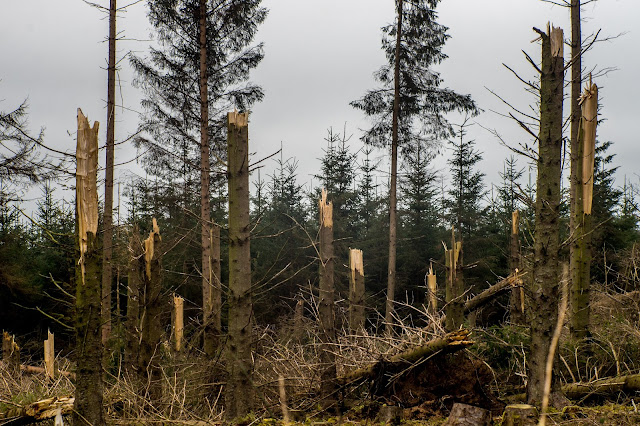 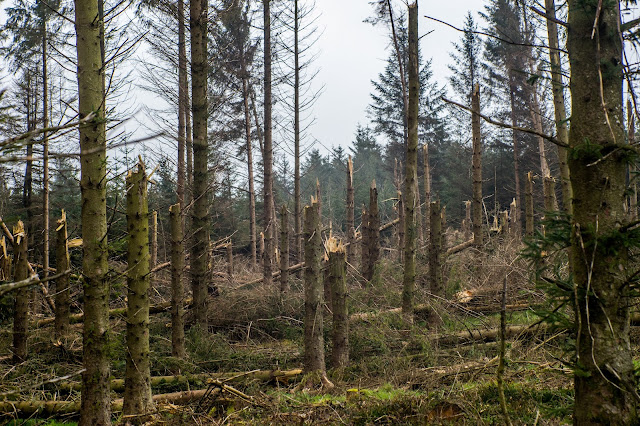